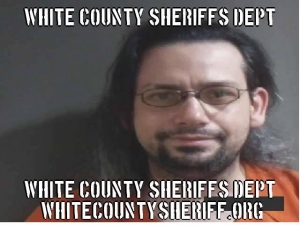 A 37 year old Carmi man, Charles E. Pugh, will be spending the next 50 years in the Illinois Department of Corrections following his sentencing Monday in White County Court. Pugh was convicted of one count of dissemination of child pornography and four counts of possession of child pornography. All sentences are to run consecutive to one another, not concurrently with one another. The sentence on the class X dissemination charge was the maximum sentence, 30 years in the Department of Corrections followed by 3 years to life Mandatory Supervised Release. Each possession charge (4 of them) carries with it 5 years in the Department of Corrections followed by 2 years Mandatory Supervised Release. The children depicted in the child pornography were under the age of 13. Pugh’s case was investigated by members of the Illinois Attorney General’s Internet Crimes Against Children Task Force. White County State’s Attorney Denton Aud said, “I cannot praise enough the work of the members of the Internet Crimes Against Children Task Force in investigating Mr. Pugh’s heinous crimes. The repeated victimization of children in such an evil way is truly hard to comprehend.”