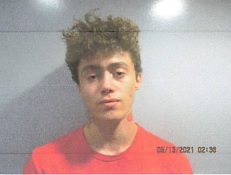 19 year old Chase Edmonds of Carmi is behind bars following his arrest by Carmi Police Thursday late afternoon.  Edmonds was taken into custody at his home on Rice Street and is charged with Domestic Battery and Unlawful Use of a Weapon.  Carmi Police say there was a fight in which Edmonds allegedly was using brass knuckles around 5:12 Thursday afternoon.

A Carmi woman reports to Carmi authorities someone hacked into her email and used several gift cards she was saving.  The report has been field by Rebecca Puckett of Edgewood Lane in Carmi.  Carmi Police filed a Theft Report totaling more than $500.