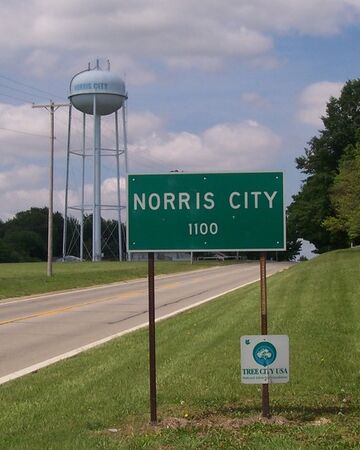 The Norris City Village Board met for their regular monthly meeting on Tuesday night because of the Fourth of July holiday falling on a Monday.

Scott Mareing was there and has this report.

At the almost two hour meeting, the final budget for the Fiscal Year ending April 30th, 2023 was approved.

Lena Hicks with Wabash Area Development Incorporated addressed the board concerning applying for a Community Development Project grant for work being done on the ballparks, which includes walking paths, playground equipment and the like. The grants are for $100,000 for the year, with possibly two more years of grants.  The board gave her permission to pursue the grants.

Also, Sandy Porter with Global Life spoke on additional health coverage for village employees.  There would be no premium increases involved and no fees charged, with payment taken through payroll deduction.  The board members agreed to allow them to meet with employees to present them with options from the company.

There are three parcels of land for sale at Fourth and Powell, 300 North Division and 508 North Division.  The boundaries for the first parcel were decided, with appraisals still to be made on the other two.

It was decided that the possibility of the village paying 75% of the amount of a TIF request with the requestor paying the other 25%, will continue to be looked into.

The board discussed the possibility of purchasing an LED sign for the Municipal Building, which would post information such as boil orders or any village news of interest to the public.  Mayor Skip Land will continue to look into purchasing one.

Juneteenth was added to the list of recognized holidays for employees.

Insurance information on the water well is pending and air conditioning units will be installed in the buildings housing the equipment due to it possibly not working if the outside temperature is too high.

The board approved increasing compensation to board members from $90 to $110 a month, and giving Mayor Land the use of the village truck instead of more money for the remaining three years of his term.  Both will go into effect in April.

The old office printer used for utility billing will be replaced at a cost of approximately $1,800.

Two signs will be posted at the Old National Bank parking lot, saying “no trespassing from 7 PM to 7 AM every day, seven days a week”.  There has been illegal activity going on that lot, mostly from juveniles, that have brought police in to intervene.  The police have the authority to keep the area clear.

It was agreed to hire 19 year old Jake Rush for the Street department.

And the School Board has asked the village to hire School Resource Officers for each school.  The Mayor was given the go-ahead to look into it.

In the Police report for June, there were eight citations issued, one miscellaneous city ordinance violation, and three 9-1-1 calls.

The Animal Control officer reported that so far this year, he had captured 63 raccoons, ten cats, 13 foxes, seven groundhogs and one skunk.

The board adjourned at 8:53 PM.  The next village board meeting will be on Monday, August 1st at 7 PM.