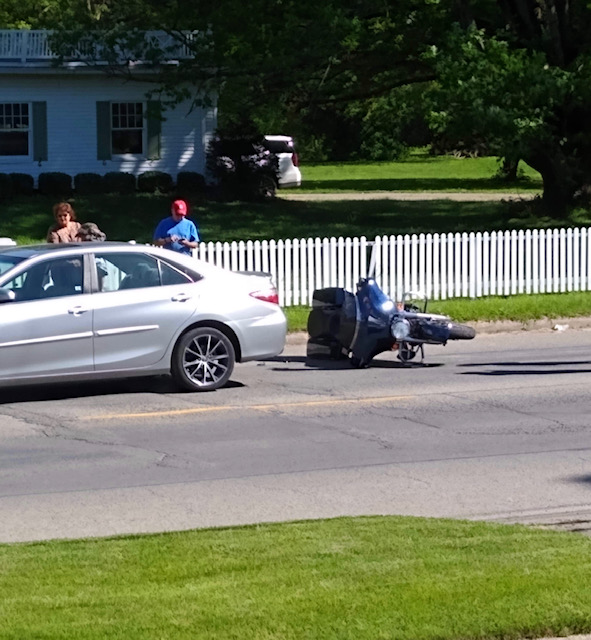 Details are still sketchy after a motorcycle and vehicle accident happened Wednesday afternoon.  We don’t have an official report but know that the accident happened around 4pm and involved 32 year old Timothy E. Duncan of Carmi who was aboard a 2012 Harley Davidson motorcycle.  He wasn’t wearing a helmet according to witnesses and had to be lifeflighted to Deaconess Hospital in Evansville.  The other vehicle was a 2016 Toyota Camry driven by Audra Belford, also of Carmi.  The accident happened near the intersection of Main and 6th.  There’s been no update on Duncan’s condition as of this morning.