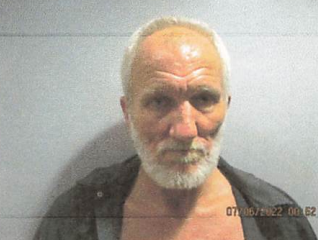 A traffic stop by the Carmi Police Department has led to the arrest of two individuals that were found to be in possession of drugs. On Wednesday evening, police stopped 58 year old Billy D Morrill of 205 Railroad Avenue in Carmi on Church Street. Morrill was arrested for driving while license is suspended, possession of methamphetamine, possession of drug paraphernalia, and unlawful use of property. A passenger in the vehicle, 32 year old Sasha M Richards  was also arrested. Richards was taken into custody for possession of cannabis in a motor vehicle and possession of a methamphetamine.

Morrill and Richards were both being held without bond.