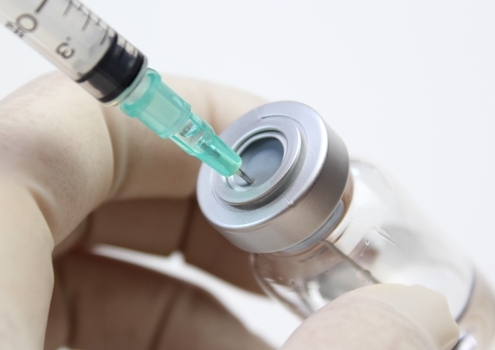 Illinois’ final step out of Gov. J.B. Pritzker’s multi-phased shutdown of Illinois’ economy to stave off the spread of COVID-19 is a widely distributed vaccine. New polling shows a broad swath of the population would refuse to take it.

A new Marist poll shows 35 percent of adults across the nation would not get a COVID-19 vaccination. That number increases to nearly 45 percent if the respondents are either Republican, white women without a college education, members of Generation X, or they live in a small city or rural area.

Women, regardless of political party, race, location or age, are far more likely to refuse a vaccine for COVID-19.

Skepticism is also split along party lines, with 71 percent of Democrats saying they would get a vaccine compared to 48 percent of Republicans. The only group who had more than 80 percent say they would get the shot were white, college-educated men. Eighty percent vaccination rate is considered the bare minimum for herd immunity.

The widespread scepticism could threaten Illinois’ plan to fully return to life as it was before COVID-19, since Pritzker’s Phase 5 requires that “Either a vaccine is developed to prevent additional spread of COVID-19, a treatment option is readily available that ensures health care capacity is no longer a concern, or there are no new cases over a sustained period.”

Pritzker was asked last week about whether he would make some sort of requirement for the vaccination when it comes available.

“I can’t imagine that,” he said. “What I do think is, once a vaccine is available, I think many people will want to get vaccinated. Herd immunity is something you only can get with vaccines. We want people to get vaccinated if it’s an effective vaccine.”

Illinois lawmakers attempted in February to remove the religious exemption for having their children vaccinated as a requirement to attend school but the bill failed to pass.

The state’s applications for religious exemptions have risen significantly in recent years. In 2014, the state recorded about 14,000. In 2018, 19,000 had submitted the exemption.

In Illinois, 96 percent to 98 percent of students enrolled in school have up-to-date vaccinations. However, that means more than 40,000 students – mostly concentrated in private, religious, or inner-city public schools – are not. Some schools have rates as low as 7 percent inoculated.