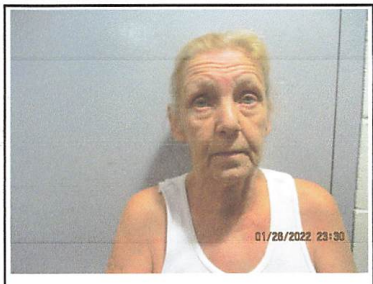 A Carmi woman that was wanted on a White County Warrant was arrested yesterday. Karen Sue Miller, 61 of 510 Fifth Street in Carmi, had a felony warrant out for Retail Theft.  An officer with the Carmi Police Department spotted Miller in a vehicle on Fifth Street. The officer initiated a traffic stop on Stewart Street and took Miller into custody.

Miller was transported to the White County Jail. Bond was set at $1,500.