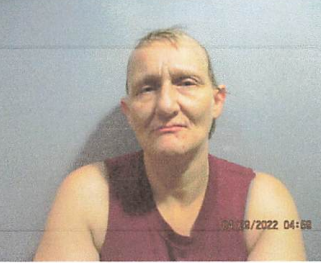 Officers with the Carmi Police Department responded to Wal-Mart for a report of a disorderly customer on Friday. Upon arrival, an officer observed 44 year Crystal D Mercer of 203 ½ N Sixth Street in Carmi, sitting on the floor eating food from the store. The officer was informed that Mercer was also causing a disturbance before they arrived. Mercer was screaming and yelling in the Deli section of the store.

Mercer was taken into custody and booked in the White County Jail for Disorderly Conduct. Bond was set at $100. Mercer paid bond and was released.