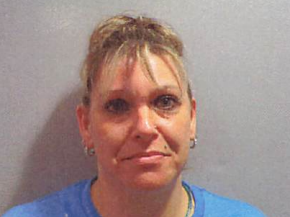 A McLeansboro woman has been arrested after a complaint was signed against her by Carmi Wal-Mart. An officer with the Carmi Police Department responded to the store and took 40 year old Nicole D Moles into custody at around 10 p.m. on Wednesday. Mole’s was booked into the White County Jail where bond was set at $100 cash plus a $20 booking fee. Moles bonded out just a little after midnight.