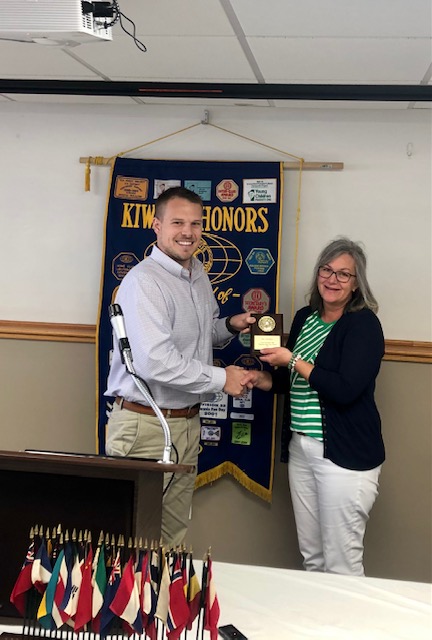 It’s hard to know how or why the award began, but it makes sense that Kiwanis honors an Educator of the Year annually because they share a motto.  Both aim to “serve the children of the world”.  On Thursday afternoon, Kiwanis Club President Justin Dartt named the winner quoting her nomination…

Carol Potter is the 53rd winner of the Kiwanis Educator of the Year award.  Kiwanis first started handing out the award in 1968 when Floyd Cotter was the inaugural winner.  Potter has worked at NCOE and was also an aide at Jefferson Attendance Center over 12 years.

New this year, the Kiwanis Club awarded a Support Staff member of the year.

Ridenour started in 2001 and is a 4th Grade Special Education Assistant.

The district only has one retiree this year, Kendra Winter has served as an educator for 34 years, the last 31 in Unit 5.

Building administrators, Bart King, Jarrod Newell, Amy Atteberry, Kathy Price, and Dr. Amy Dixon Dixon gave updates and talked about the challenges over the school year.  Dr. Dixon commented on just how important it is that kids have been able to come to school.

Superintendent Lee credited the students with being resilient 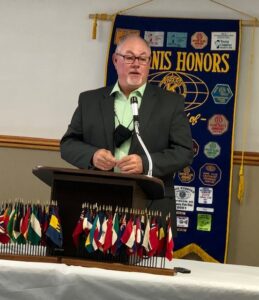 Kiwanis Educator of the Year History