Jonathan R. Moore, a/k/a “J-Mo,” 34, of Carbondale, Illinois, and Elijah S. Lacy, a/k/a “E,”
35, of Murphysboro, Illinois, were recently sentenced to federal prison for their roles in a
methamphetamine conspiracy. Both Moore and Lacy previously pleaded guilty to one count of
conspiracy to distribute more than 50 grams of methamphetamine and one count of attempted
possession with intent to distribute more than 50 grams of methamphetamine. The alleged offenses
occurred in Jackson County, Illinois, between December 2018 and January 2019.

Evidence at the plea hearings established that Moore and Lacy were involved with others
in the distribution of ice. Ice is methamphetamine with a purity level of at least 80%. Moore had
multiple packages of ice mailed from California to Jackson County residences. Moore, Lacy, and
others then distributed the ice in southern Illinois. In late January 2019, Moore arranged to have
approximately 56 pounds of ice mailed from California to three Jackson County residences. Lacy
received one of the shipments.

Earlier today, the district court found Lacy responsible for distributing approximately 12.6
kilograms of ice and sentenced him to 235 months in prison, to be followed by 5 years of
supervised release. He was also ordered to pay $700 in fines. Moore, who was found responsible
for distributing approximately 24 kilograms of ice, was sentenced last month to 210 months
imprisonment, five years of supervised release, and $400 in fines.
A third man, co-defendant Kenton Murillo, a/k/a “Nephew,” has also pleaded guilty to his
role in the methamphetamine conspiracy but has not yet been sentenced. 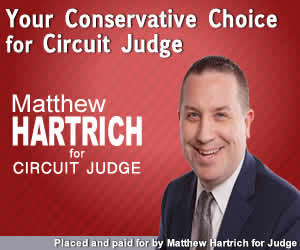