Sunday night at approximately 9:30, Trooper Zackary Fulton was watching traffic while parked in the Schroeder Lane crossover on SR 66 when he observed a vehicle traveling westbound in the eastbound lanes. 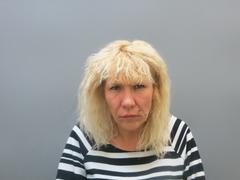 The driver was identified as Gina Williams, 50, of Evansville. Fulton detected an odor of an alcoholic beverage and noticed her balance was poor when she exited her vehicle. Further investigation revealed she had a BAC of .19%. Williams was arrested and taken to the Posey County Jail where she is currently being held on bond.

1.Driving While Intoxicated-Endangerment,  Class A Misdemeanor