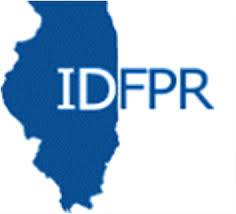 CHICAGO – The Illinois Department of Financial and Professional Regulation, Division of Financial Institutions announced Wednesday it has released its annual Consumer Lending Trends Report. This report informs the Department of trends in the consumer lending marketplace, including how many loans are made, the type of loans, the amount of the loans, the income of those taking out the loans, and how many of the loans default.

“This data, along with input from consumer advocates and industry representatives, will help us continue to ensure that appropriate regulatory oversight and consumer protections standards are in place,” said Francisco Menchaca, Director of the Division of Financial Institutions.

Some key findings of the Trends Report include:

• The average gross monthly income of Illinois consumers using these loan products during the 2012-2019 Reporting Period was $2,768.10, or approximately $33,217 per year. 430,700 unique borrowers obtained a Veritec-reported consumer loan.