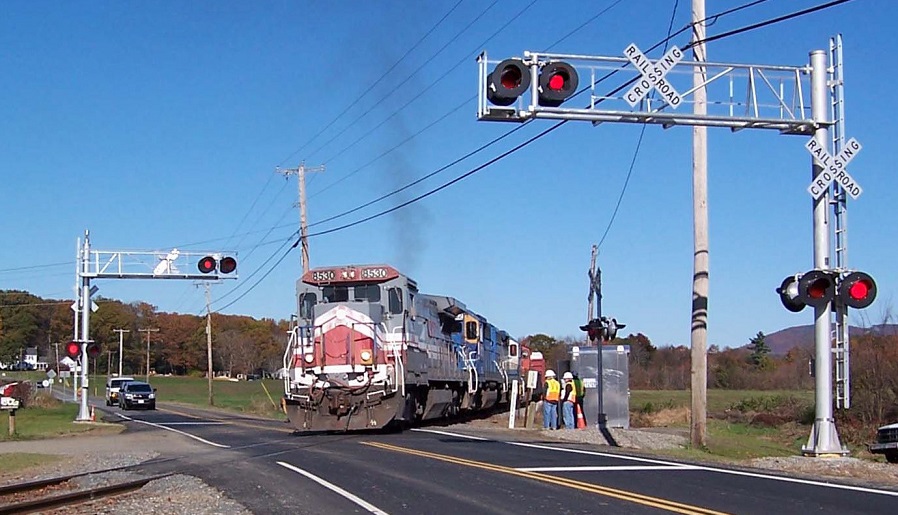 Springfield, IL – On Thursday, the Illinois Commerce Commission approved its annual five-year Crossing Safety Improvement Program to begin implementing highway-rail safety capital projects for local roads across the state. For Fiscal Years 2022-2026, the ICC will spend $341 million from the Grade Crossing Protection Fund (GCPF) to help local communities and railroads pay for safety improvements at nearly 500 crossing locations. The plan also allocates $78 million from the Rebuild Illinois (RBI) capital program for the installation of grade crossing protection or grade separations not limited to local routes or other restrictions.

“Through the bipartisan Rebuild Illinois capital plan, my administration is making critical investments in infrastructure and safety projects across the state that have been neglected for too long,” said Governor JB Pritzker. “This $78 million investment will allow local communities to install life-saving rail safety measures at nearly 500 crossing locations over the next five years with the goal of reducing fatal crashes and making our roads safer.”

Projects are prioritized based upon several criteria, including the relative safety of the existing crossing, volume and types of existing train and highway traffic. After a project is prioritized based on engineering requirements, geographic location is also consider to ensure projects are awarded across the state as equitably as possible.

The GCPF, appropriated to the Illinois Department of Transportation, but administered by the ICC, was created by state law to assist local jurisdictions (counties, townships and municipalities) in paying for safety improvements at highway-rail crossings on local roads and streets only. In addition, the Plan includes $78 million as part of the Rebuild Illinois capital program. These funds have been appropriated to IDOT from the Multi-Modal Transportation Bond Fund for grading crossing protection or grade separation projects as ordered by the ICC.

For Fiscal Year 2022, the ICC will consider projects requiring commitments from the GCPF totaling nearly $49.7 million and the RBI totaling $34.5 million. Around the State these projects include:

Sign Ups Are Open For Hunter Safety Course In Carmi