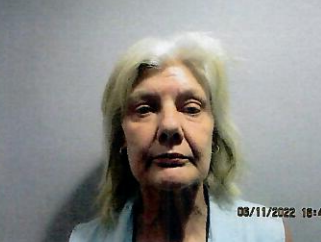 A traffic stop conducted by Deputy Capeheart with the White County Sheriff’s Department resulted in the arrest of a Crossville woman. Capeheart was on patrol on Sunday morning traveling on Route 1 when he passed a vehicle that appeared to be exceeding the speed limit. The driver of the vehicle, 61 year old Laura Holibaugh of 404 W Main Street, was clocked going 73 in a 55 mph zone. Capeheart pulled over Holibaugh and when he made contact with her he smelled a strong odor of cannabis coming from inside the car. A probable cause search of the vehicle resulted in the finding of .72 grams of a loose green leafy substance believed to be cannabis in the opened container in the vehicle. The green leafy substance field tested positive for cannabis. Holibaugh was placed under arrest for the Possession of Adult use Cannabis in a Motor Vehicle and transported to the White County Jail where she posted the $250 bond. Holibaugh was also cited for driving over the speed limit. A court date has been set for July 26th at 9 a.m.