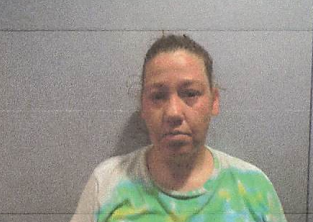 A Granite City woman has been arrested and cited for driving on a suspended registration and possession of cannabis. Just before 2:30PM on Friday, an officer with the Carmi Police Department conducted a traffic stop on a silver BMW with a suspended IL registration for non insurance. A search of the vehicle produced a cannabis vape device. The driver of the vehicle, 41 year old Tina R Burton told officers that the device was hers. Burton was taken into custody and cited on the offenses. Burton was taken the White County Jail where bond was set at $250. Burton paid bond and was released.