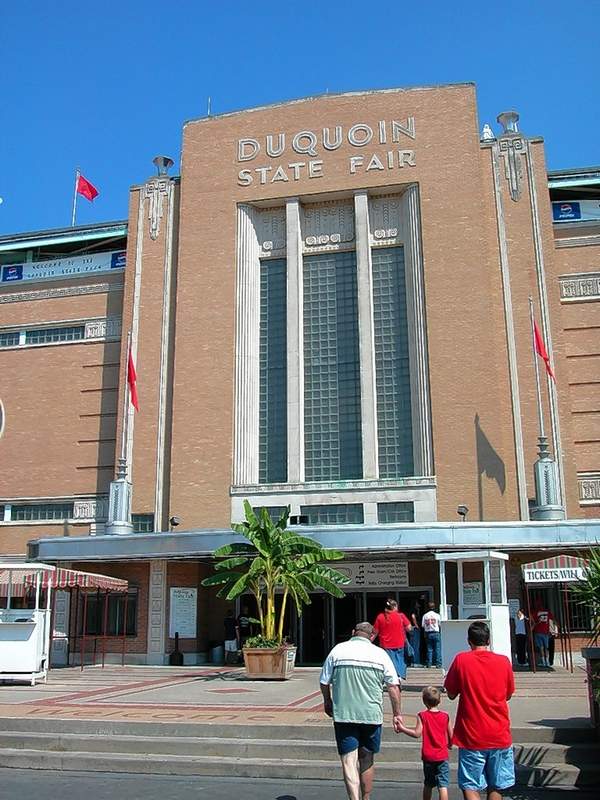 En Vogue will kick things off on the grandstand stage on Saturday, August 28. The R&B group has been entertaining with their vocals infused with soul and class for over 30 years. Sunday, August 29 will feature a rock band formed here in the state of Illinois when REO Speedwagon comes to town. With hits like “I Can’t Fight This Feeling Anymore” and “Keep on Loving You” fans will be taken back for a night of nostalgia.

Modern country music artist Hardy will bring his signature loud-and-rowdy style to Du Quoin on Monday, August 30. The CMA and ACM nominated songwriter will perform hits “One Beer” and “Rednecker” just to name a few.

Grammy award winning recording artist, songwriter, actor, and philanthropist Ludacris will perform on the grandstand stage on Tuesday, August 31. Countless hits including “Stand Up,” “Get Back,” and “Money Maker,” have solidified Ludacris as one of music’s best entertainers with more than 20 million albums sold domestically.

ACM’s New Artist of Year Riley Green will take the stage on Wednesday, September 1. Green, known for his hits “There was This Girl” and “I Wish Grandpa’s Never Died,” toured with Brad Paisley before getting his own tour in 2020. JJ Grey and MOFRO will bring the Blues to Du Quoin Thursday, September 2. JJ grey sings with blue-collared spirit over the bone-deep grooves of his composition.

Eleven-time Grammy-nominated singer-songwriter Jamey Johnson is one of the very few people in the history of country music to win two Song of the Year Awards from both the CMA and ACMs. Johnson will perform on the grandstand Friday, September 3.

The final night of the fair we are serving up some Tater Salad when Ron White brings his classic storyteller brand of comedy to the grandstand. As one of the founding members of the Blue Collar Comedy Tour, White will have the audience laughing about daily issues we can all relate to when he performs Monday, September 6.

“We have it all this year, from up and coming artists, to artists who will take you back to a simpler time and a night that will be filled with laughter,” said Du Quoin State Fair Manager Josh Gross. “I appreciate being able to look ahead to 2021 with some optimism and I’m excited to be able to bring this high caliber lineup to Southern Illinois this summer.”

The Du Quoin State Fair runs from August 27-September 6. Admission to the fair is free.

The Field is Set for the 58th Annual EHT