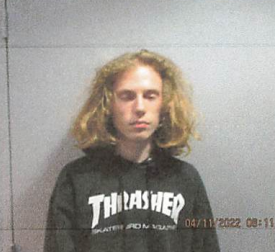 Underage drinking, driving and loose cannabis in a vehicle landed a Carmi man in the White County Jail. On Monday at around 10:30 a.m., an officer with the Carmi Police Department made a traffic stop that resulted in the arrest of 18 year old Jakob A Goforth of 601 Schumaker Street after loose Cannabis was viewed in the car. Goforth also had a baggy with 1.94 grams of cannabis in his pocket. An unopened bottle of Rum was also found in the car. Goforth was charged with Unlawful Possession of Cannabis in a Motor Vehicle.  Goforth and a 16 year old juvenile from Harrisburg were also charged with Unlawful Possession of Alcohol by a minor. The 16 year old was released to his mother and Goforth was booked in the White County Jail. Bond was set at $250. Goforth paid bond and was released.