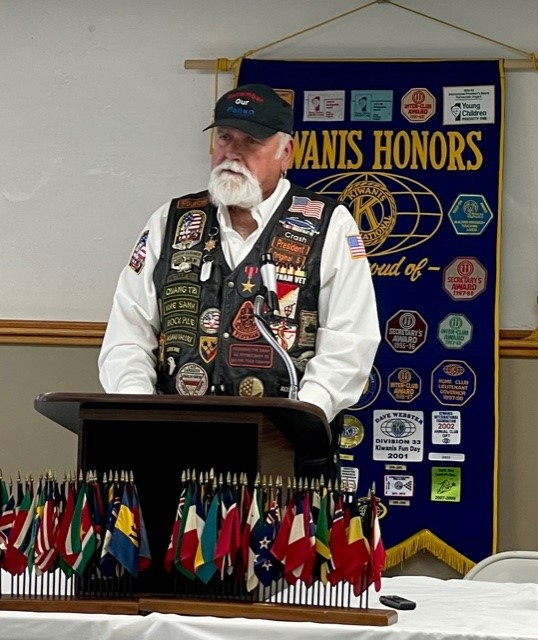 The Patriot Riders of America, Chapter One is made up of 40 members, 11 of them veterans themselves.  The mission of the non profit is helping what President Frank “Crash” Haught calls a forgotten group of Americans, veterans.  As we reported on yesterday during the Run for the Wall, Vietnam veterans especially were largely not celebrated upon their return from battle overseas.  Haught experienced some of that antagonism first-hand and says he wasn’t afforded the resources he needed when he returned suffering from PTSD.  He was a Door Gunner on a Huey in Vietnam, which he called his senior trip following his graduation from Carmi Township High School in 1968.  Coming home was difficult.

After stints working in law enforcement, coal mining, and the Illinois Department of Transportation, Haught retired, but felt a need to help veterans.  He says he and his wife Robin spent 4 years with Rolling Thunder out of Olney before deciding they wanted to more directly help veterans in his backyard.  The Patriot Riders have made a distinct difference in the lives of local veterans.  For example…

This Saturday, May 28th, the Patriot Riders will be at Union Ridge Church to help celebrate 200 years and there’s an upcoming fundraiser you can help a local veteran with coming up.

You can order those signs by calling Haught directly at 618 – 383 – 1972.  Learn more about the Patriot Riders of America, Chapter One on their facebook page.