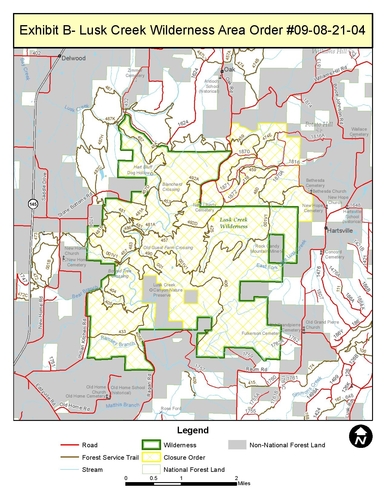 Feral swine are a non-native invasive species recently documented living and breeding within and around the Lusk Creek Wilderness area. It is believed that the population is relatively small due to early detection. Feral swine are an invasive species that compete with wildlife for food resources and prey on turkey & quail nests, reptiles, amphibians, and other wildlife including threatened & endangered species. They are a serious threat to forest and wildlife resources in Illinois through competition with native wildlife for food and cover, destruction of habitat, and destruction of sensitive natural areas. Infected feral swine can transmit diseases and parasites to humans, wildlife, and domestic livestock (horses and cattle). Natural habitats in the Shawnee National Forest, including sensitive Wilderness lands, are not capable of sustaining damage from feral swine without significant ecological consequences.

What are we planning to do?

To ensure public safety and to support these operations, it will be necessary to temporarily close Lusk Creek Wilderness and a small area of lands south of the wilderness area in Pope County, Illinois. A temporary Forest Closure Order will be issued from March 15 through March 19, 2021, for the operation area. This Forest Closure Order #09-08-21-04 will prohibit any and all public access to the closure area during the dates listed. The public may notice an increased presence of USDA personnel in the project area. For more information concerning feral swine impacts or to report feral swine activity please visit www.aphis.usda.gov/wildlife_damage/ or call APHIS Wildlife Services toll free, 1-866- 4USDA-WS (1-866-487-3297).

Although the area closure may create an inconvenience to Forest visitors the closure is necessary since it is imperative that control measures are taken now while the feral swine population is small and localized. 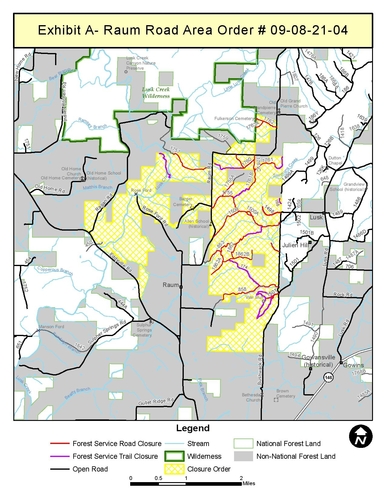 Eldorado Man Held For Violation Of An Order Of Protection