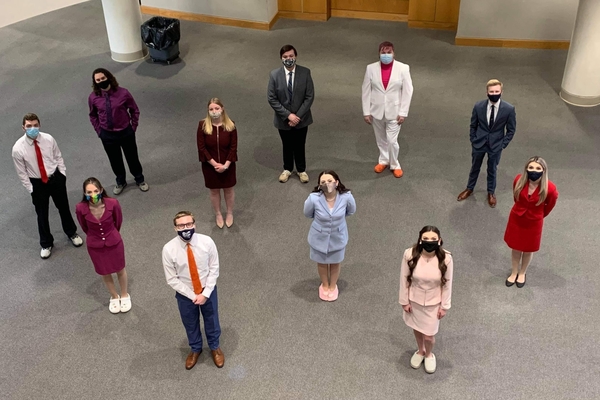 This win comes on the heels of SIC’s victory at the International Forensic Tournament just last weekend. The win at Internationals marked the end of the Falcons’ open competition season, with only community college nationals remaining.

Sophomore Nick Triplett explains it this way: “It’s like the Olympics. For example, professional hockey in the past had players go compete in the Olympics, then come back to the US and play for a title here.”

At Regionals, two SIC team members received special commendations on top performance awards. Galatia’s Tiffany Turner was named the Don Hagerty Award winner. This award recognizes outstanding fellowship and community support from a Region IV competitor, and it is voted by all students in the Illinois region.

Eldorado’s Shainna Ralston also earned special recognition as the Cheri Corey Individual Sweepstakes Award winner. This award recognizes the top speaker at the tournament. Ralston secured the honor after earning gold medals in all four of her events.

Longtime coach Paul Cummins believes this season is a special one. “These students had every reason to throw their hands up and quit due to the pandemic restrictions, yet they have proudly pushed forward and succeeded beyond expectation.”

As has been the case for the entire 2020-21 season, the tournament was held entirely online. Team members competed virtually in separate, enclosed rooms. Social distancing and masks were required between rounds. All ballots, announcements, and awards were handled electronically.

The team is coached by Jenny Billman, John Corum, and Paul Cummins.

The Falcons’ final tournament will be the Phi Rho Pi Nationals for community colleges April 5-11.