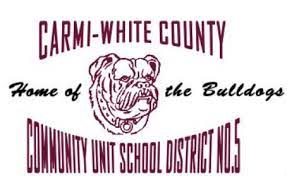 Dr. Amy Dixon announced at the meeting that she was leaving her position as Lincoln School Principal and Director of Instruction for Carmi-White County Unit 5 Schools on December 31st to accept the position of Superintendent of  Harrisburg Unit District 3 beginning January 1st, 2023.  A statement from Dr. Dixon on her departure is available on our website at wrul.com.

Dr. Dixon went over the School District Improvement plans, School Report Cards, and State Test Scores.  She said students in grades 3 through 8 are still a little behind the state average in math and that’s why they decided to use a new math curriculum.  The Report Cards and Test Scores are available online.  Dixon believes that for the first time, everything is aligned and the district should show growth in the future.  The board then approved the 2022-2023 School Improvement Plans for each building.

A resolution authorizing the abatement of the bond levy was approved.  To date the district has received about $4.9 million from the County Schools Facility Tax that passed in November 2014.  The board took one-third of the revenue each year to pay down the existing bonds.  A total of $899,966 was received from the 1% sales tax for the past 12 months.  The board approved a resolution abating $300,000 of the General Obligation School Bond Series 2011.

Also approved was a preliminary review of next year’s tax levy.  The levy will be based on a projected EAV of $170,238,686.  Since the proposed levy extension request is less than 105% of last year’s extension, it’s not necessary to publish a Truth in Taxation Advertisement.  The official levy hearing is set for the regular December meeting of the Board of Education.

In the Superintendent’s Report, Jarrod Newell talked about the great turnout they had for the parent/teacher conferences held during October.  There will be a School District Parent, Staff and Community Training Night for Tuesday, November 29th at 6 PM at the Jefferson Attendance Center on 713 Fourth Street in Carmi.  Dartt and Company will be at the December 19th meeting to review the 2021-22 audit.  Newell thanked the fall athletic teams and coaches for their efforts at the junior high and high school levels, and everyone involved with the CWCHS Fine Arts Department fall play, Seussical the Musical this past weekend for the fine job they did.  And students and staff will not be in attendance from November 23rd to the 25th for Thanksgiving break.  And all the school administrators gave Good News report from their respective buildings.

The board went into Closed Session at 7:50 PM to discuss personnel.