Day One of Eldorado Holiday Tournament

For 53 years, the Eldorado Holiday Tournament has brought fans together for some of the most exciting basketball action in the region.  Sometimes Day One goes as planned and the seeded teams hold serve.  Other years, the first round is laden with upsets.  Of the 8 first round matchups, the tournament saved it’s most exciting for the two marquee tilts.  Coach Jim Tucker’s NCOE Fighting Cardinals upset the host Eagles, two time defenders of the title, defeating the (5) seed on a buzzer beating three pointer from Joe Melton.

Following that 7pm game, the (4) Gallatin County Hawks looked to be in control for most of their game against Harrisburg.  The Bulldogs closed in the final minutes however and claimed the second 1 point margin of victory in a row with a 46-45 win.

That’s not to say seeded teams had their way throughout day one outside of those two upsets.  You could argue this year’s crop of teams in the EHT (and southern Illinois in general) are mediocre at best.  There aren’t a lot of stand out teams; the upside being it brings parity and competitive matchups.

That said, there were some blowouts.  (6) West Frankfort had little trouble trouncing Anna-Jonesboro 72-52 and overall top seed Fairfield (maybe the only standout team in the Black Diamond Conference) destroyed Carrier Mills by 62 points 78 – 16.  Even though (3) Herrin ended up with a 33 point win over Carmi-White County, only a point separated the Tigers and Bulldogs at Halftime.

Elsewhere on Day one, (2) Massac County got a competitive game from Hamilton County.  The Patriots prevailed however, 50-39.  Edwards County held serve against Vienna by a dozen, 66-54.  And Carterville, the (8) seed held off Hardin County in a low scoring affair, 36-21.  Carterville will have the unenviable task of trying to slow down the Fairfield Mules on Day 2.

In the first eliminator game of the tourney, the red eye special featured Carmi White County against Anna-Jonesboro.  Both teams battled exhaustion, but the Bulldogs were able to come out with the win, 71-56 the final.

Day 2 begins this morning at 8:30am in the consolation round as Hamilton County does battle with conference foe Vienna.  That’s followed by a GEC battle as Hardin County plays Carrier Mills.  The final game of the first session will pit the seeded upset victims from day one.  The host Eagles face off against cross county rival Gallatin County at 11:30am.

The afternoon session kicks off with championship quarterfinal matchups between West Frankfort and Herrin followed by Massac County and Edwards County.  A consolation semifinal follows.  The evening session features the other half of the championship quarterfinal bracket.  Carterville will square off with Fairfield at 7 and NCOE has a date with Harrisburg at 8:30pm.  The final game of day 2 will feature the winners of the 10am and 11:30am consolation quarterfinal games.  Hardin County or Carrier Mills will play either Eldorado or Gallatin County.

Our broadcast teams made up of Jason Craig, Joey Lane, Roger Hobbs, Jeff Skaggs, Cole Carter and Chris Lucas will have all the action covered on sister station 97.3 WRUL as well as online at wrul.com. 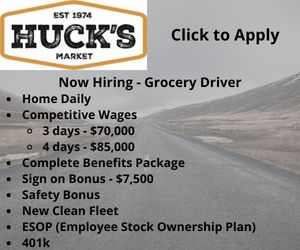