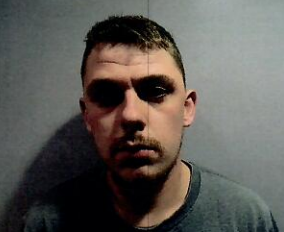 In the early morning hours Monday December 12th while on routine patrol, Deputy Matt Wicker with the White County Sheriff’s Department passed a vehicle with a loud exhaust. Wicker initiated a traffic stop and approached the vehicle informing him of the reason for the stop. While retrieving a driver’s license from the driver, 26 year old Ezekial Cruse, the officer could smell alcohol from Cruse’s vehicle, as well noticing him slurring his words. Wicker asked Cruse if he had been drinking and he stated he had only had two drinks. When wicker ran Cruse’s information through dispatch he was told that Cruse was wanted on a Hamilton County warrant for Failure to Appear. Wicker placed Cruse under arrest then began searching his vehicle. During the search he located an empty container of Fireball as well as multiple empty beer cans in the bed of the truck. Deputy Wicker then found multiple .22 caliber Long Rifle rounds in the center console as well as in a pouch attached to the driver’s seat. Cruse told the Deputy that he does not have a FOID card. After completing the search, Cruse was transported and booked in the White County Jail, where a Field Sobriety Test was performed. Cruse is being charged with Driving Under the Influence and was cited for DUI over 0.08, Lack of Mufflers and Illegal Transportation of Alcohol by the driver. Cruse is additionally being charged with Unlawful Possession of Firearm/Ammuniton without a valid FOID card.