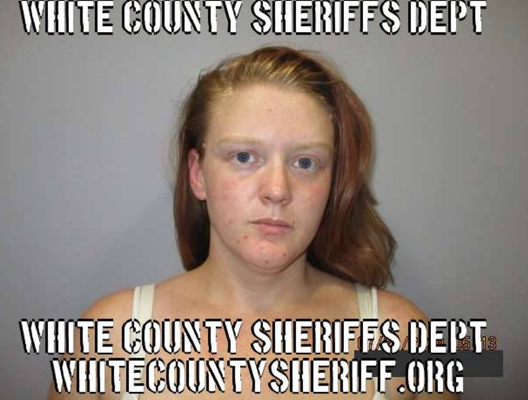 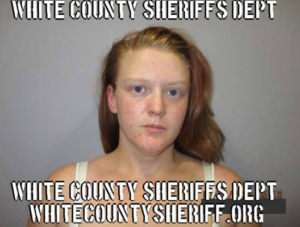 A 33 year old Alamosa, Colorado woman, Dawn M. Jenkins, is behind bars in the White County Jail following her Tuesday night arrest by the White County Sheriff’s Office. Just after 8:00 PM, Deputy Scott Cantrell was on routine patrol in Carmi when he observed Daniel Castleberry walking south on Fairground Road with several females. Deputy Cantrell was aware from a tip from Colorado that one of Castleberry’s relatives, Dawn Jenkins, was wanted on a warrant and was supposedly in Carmi. White County Dispatch provided a description of the female and confirmed she was wanted for Contempt of Court from Colorado. Deputy Cantrell contacted Carmi Police Sgt. Brad Spence and Officer Josh Moore to assist in relocating the group of people that were walking along Fairground Road. Officer Moore located the group at the west end of the Carmi Motel. Sgt. Spence obtained an ID from the female that fit the description of Dawn Jenkins and she was transported to the White County Jail to be processed.