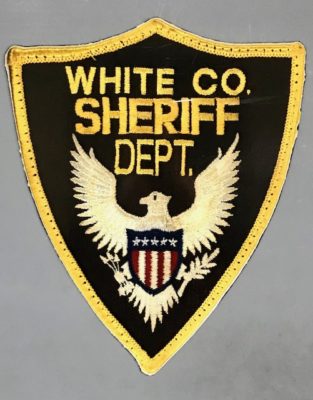 A tip to the White County Sheriff’s Department ended in the arrest of a Carmi man.  On Friday, May 5th, members of the White County Sheriff’s Department, Sheriff Randy Graves, Deputy Jordan Weiss and Deputy Matt Wicker along with members of the Carmi Police Department and Norris City Police Department served a search warrant at 729 1/2 Shipley Street in Carmi after Deputy Jordan Weiss received information that multiple stolen items were at the location. Weiss applied for the search warrant for Shipley Street. Multiple items were recovered along with items testing positive for methamphetamine. The search resulted in the arrest of 44 year old Chad M Carrow. Carrow is being charged with Residential Burglery, Unlawful Use of Property, Unlawful Possession of Methamphetamine, Theft and Unlawful Possession of Paraphernalia.

Carrow is being held at the White County Jail. A court date for Carrow has been set for June 1st.