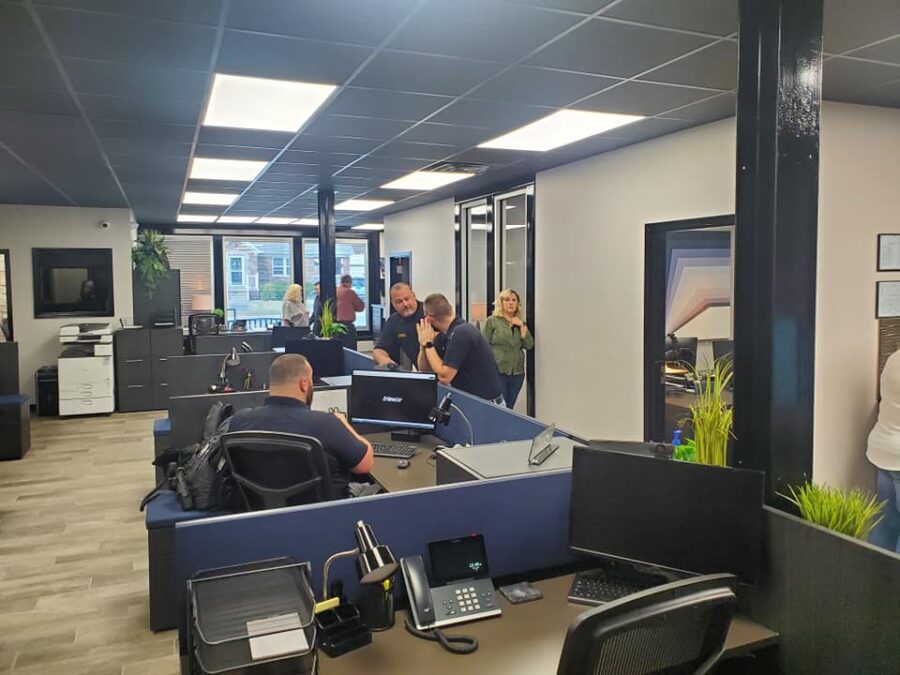 It’s been a little over two weeks since the Carmi Police Department and city officials welcomed the community into the law office’s new digs on Oak Street and it certainly appears officers and the chief are settling in nicely.  From beginning of planning to getting in the building took a little over a year, according to Chief Jason Carter.

If you ever visited the former police department building which was shared at the jail with the White County Sheriff’s Office, the differences and improvements are staggering.  From each officer having a dedicated work station to the addition of two private interrogation/interview rooms to an actual break room, even having separate male/female bathrooms, it’s a world of difference and every law enforcement official seems appreciative.

Police officers now have dedicated lockers and the evidence and servers are more secure than ever.

Everything is in place and the police department is fully functional.  There’s still a bit more work to do in the upstairs.  Chief Carter says the upper level is still a mess, but it will eventually be used for training and meetings.  Photos from the Open House on October 16th can be found here… https://www.facebook.com/photo/?fbid=483166247186355&set=pcb.483168043852842