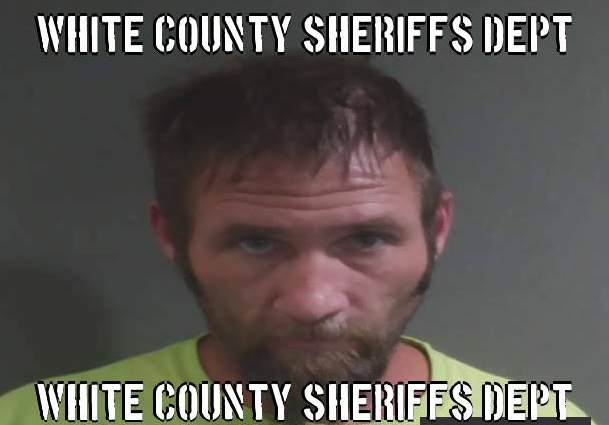 A 45 year old Carmi man is behind bars in the White County Jail following his arrest Sunday afternoon just before 3pm.  According to the White County Sheriff’s office, a deputy was called to a rural Crossville location where the reporting party says he heard someone yelling in the woods.  It was there law enforcement located Donald Stover, wearing only a pair of mesh shorts.  Stover said he’d been left the Road Ranger in Grayville Saturday and wasn’t exactly sure where he was.  White County Ambulance personnel arrived on scene to check Stover for dehydration and to see if he needed treatment.  The report indicates Stover was limping due to being shoeless.  He requested a ride to his mother’s home in Carmi.  En route, Dispatch advised the deputy Stover was wanted on a White County warrant to which Stover said he was aware.  The destination changed at that point and Stover was delivered to the jail, processed and placed in custody.  That warrant was for a Failure to Appear on an Obstucting Justice charge.  Stover remains jailed as of Monday on $5,000 bail plus $75 failure to appear and $20 booking fee.  He was due in court this morning.