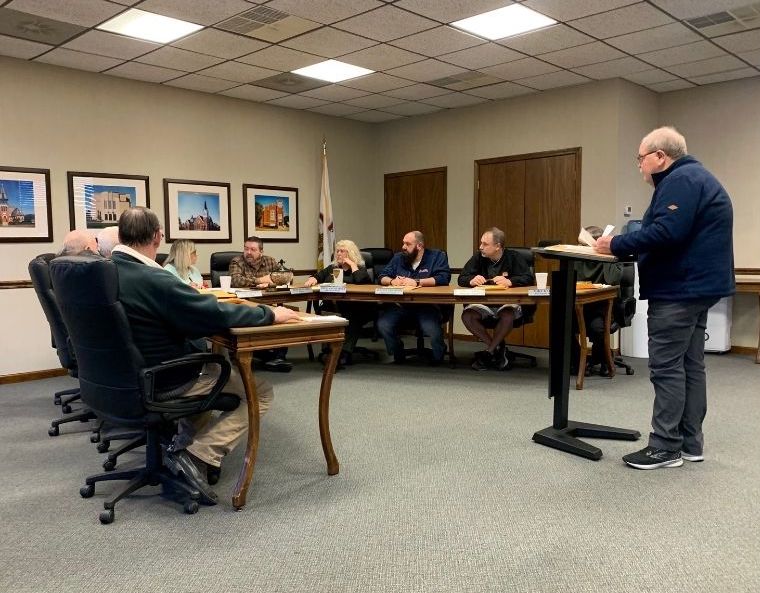 The Carmi City Council held a public hearing along with the second meeting of the month on February 15th, 2022.

During the public hearing concerning the intent of the City to refinance bonds, Keith Botsch said that every 10 years they reevaluate the bonds and make this decision. Since bond rates are currently down and they already hold bonds, this would save the City of Carmi money. Since they would be transitioning to alternate revenue bonds, which are paid for with utility funds, or in some cases, an extension of property tax is made to make ends meet. Following the public hearing, the council approved Ordinance 1582 and Ordinance 1583 pertaining to the bonds and will move forward with the refinance.

Along with this was the approval of Ordinance 1584 which outlined the net metering policy for the City of Carmi. Mayor Jeff Pollard said that this is a state regulation that has changed and the city must follow. Net metering is the way the city does metering and pertains to those who choose to go solar. Though there is only one business that utilizes solar energy, there is expected to be more in the future.

With no comment from the mayor, council, or visitors, the council is now adjourned until March.