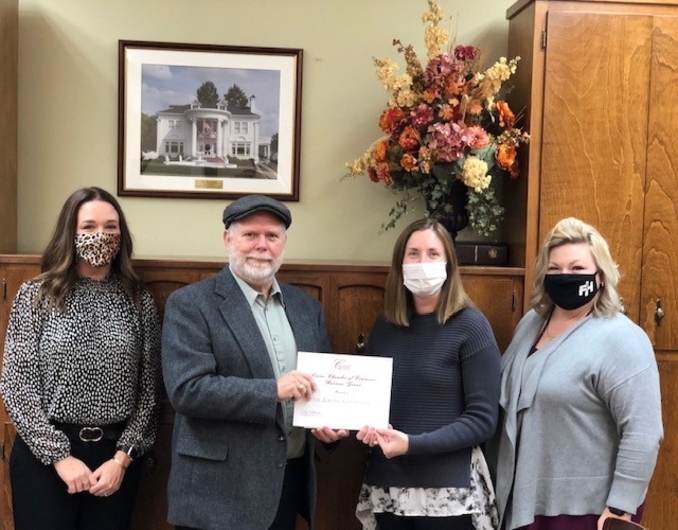 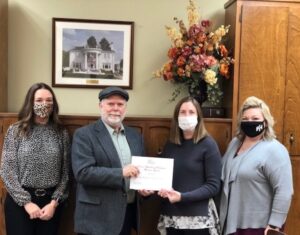 A Carmi newspaper plans to hire a photographer now that they’ve become the first winner of a Carmi Chamber of Commerce Business Grant.  Steve Hartsock, GM for S&R Media, the parent company of the Carmi Chronicle says the $2,500 grant will allow them to bring someone on staff to assist in coverage of events and activities in the city of Carmi.  The newspaper just celebrated it’s 5 year anniversary, publishes every Wednesday and employs 3 out of the Carmi office Hartsock says.  Despite the onslaught of new technologies and proliferation of more immediate media, Hartsock remains that print journalism is still tangible.  To remain relevant, Hartsock says the paper’s M.O. is…
“Well, it’s our focus on local coverage.  Our motto is if it happened more than 25 miles from here, it didn’t happen.  We want to make sure our newspaper covers the local marketplace, the local social events better than anyone else.  We want to make our newspaper a list of peoples names and the events that are important to their lives.”
Chamber Director Kelly Northcott says the Chamber board had been discussing handing out Business grants dating back to early 2020 and that while the budget only calls for one this year, they hope to offer them more frequently and in number in the future.  The initial request brought in 7 applications.
It’s difficult enough taking over as a Chamber’s executive director, but then to add dealing with a pandemic on top of it has made Northcott’s job that much more interesting.  Still yet, there are some exciting things Northcott is excited to see come to fruition including a new Business of the Month feature and also traditional Chamber sanctioned events.
“Ya know, we have the standard annual things so the golf tournament will be coming up.  We have the scholarship applications out there for seniors right now.  They skipped the gala this year and I guess, ya know as we play it by ear, I’m hoping that we’ll be able to have our annual dinner in person this fall and then the Christmas stuff as planned in the winter.  I’m hoping if there aren’t more restrictions put in place, maybe stuff we’ll get better and we’ll be able to put in place more shopping events or downtown events.  I do know there are some members talking about doing some things that I can’t talk about it fully yet, but there are members planning to do some stuff that will bring a lot of people into the community, so we’re really looking forward to that.”
You can learn more about the Carmi Chamber of Commerce through the city’s website at http://www.cityofcarmi.org
Share This Page
Facebook Twitter LinkedIn Pinterest E-Mail

Carmi Man Turns Himself in on a White County Warrant Tuesday