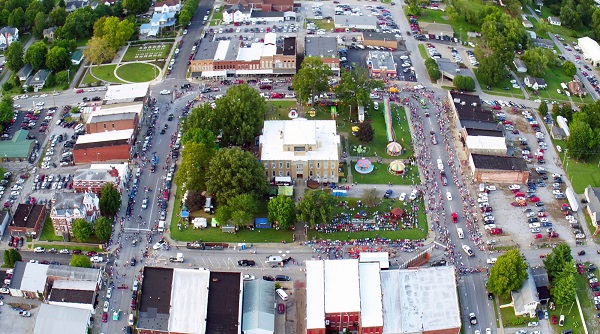 The board approved the appointment of Jeff Johnson as Ward 3 Alderman to fill the vacancy created upon the acceptance of the resignation on June 24th of Lucas Jones.

There was good news from Shawnee Professional Services that the water tower project is almost complete.  They will finish hooking it up on Wednesday and then Rend Lake will come in on Thursday most likely to set up the operating pump and possibly train workers on how to use it.  As soon as the new tower is ready the old tower will be taken offline.

After about half an hour of discussion, the board agreed to advertise for bids, with the right to accept or deny any bid, for the demolition of the light plant and take the equipment contained within it, as much of it is obsolete.  Those making bids would have to address the board at a future meeting with a proposal that would be beneficial to the city.

It took about another 30 minutes to discuss health insurance options for public employees.  The board members agreed to look into a proposal from Hopetrust, which stands for Health Options for Public Employees.  They negotiate better insurance rates for group participants.  The issue will be brought up at next month’s meeting.

As far as McLeansboro’s property and casualty insurance is concerned, which expires December 1st, they agreed to switch from Banterra Insurance Services to Snedeker Risk Management of Havana, Illinois.

No action was taken concerning the location of a new City Hall, as they are still looking for a suitable spot to build it on.

A TIF agreement with CJ Realty was approved to repair their roof at a cost of $20,000.

The money from last month’s sale of the Police Department’s Dodge Durango will be used to help purchase a 2019 Dodge Charger with 55,000 miles on it from a dealer in Jefferson City, Missouri for $21,000.

Lindsay Enlow of the Gas Utilities Alliance addressed the board about the city joining their group, which helps McLeansboro reduce the cost of gas liability coverage for their gas lines.  They agreed to look at his proposal and tabled the matter until next month’s meeting.

Mayor Chad May said there was a failure of one of the two pumps at the lift station and it will cost $10,880 to repair.  Reservior and dam inspection has been completed and they will start repairs on some leaks.  There will be a safety inspection of buildings by the RCMT on August 26th.  And the street department has finished the milling of roads, so oil and chipping of those roads will take place on August 19th and 20th.

The board gave zoning administrator Pat Stevens permission to try to get bids on five properties that will be at an estate tax sale in December, for the city to purchase and tear down.  She said the trailer court by the day care center will probably be sold, and she also noted that there have been several broken washers and dryers and other major appliances left outside on properties because people don’t know where to take them.  Council will look into possibly having a third city wide cleanup day or look into the cost of a year-round dumpster and bring it up at next month’s meeting.

The Mayor also noted that the Illinois Counties Risk Management Trust, or ICRMT, provided him with a copy of their Employee Handbook.  He said this handbook is the example for the one the city should adopt, as McLeansboro currently has none.  He will email copies to each board member for them to look over and discuss at next month’s meeting.

And Carlos Castro of Red Owl Smoke Shop spoke about him opening an open cannabis consumption lounge.  He has a start-up plan for a lounge, which would be similar to a regular bar, with cannabis only sold there and there would be a licensing fee with details to be determined by the city.  He would also offer free rides home for those who don’t feel comfortable driving or walking.  The board will look over the proposal.

The board went into closed session at 9:30 PM to discuss employment of a specific individual, with no action taken.