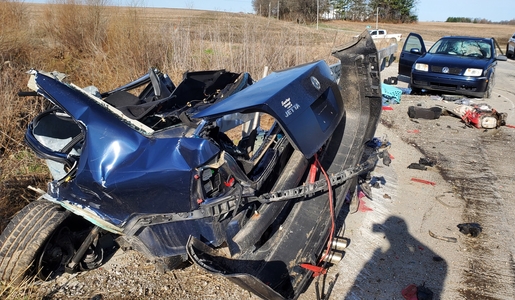 On Friday (3/19/21) at approximately 7:56 am Carmi Police Department was notified of a navy blue Volkswagen car on outer Sycamore at James Avenue with people inside that appeared to be possibly passed out and had been there for a period of time. Carmi Police and White County Sheriff’s Department responded to check the vehicle out. While responding a Carmi Police Officer observed a vehicle matching the description that had pulled into Pundrake’s. Officer’s had information that Joshua Bell had been seen in a vehicle matching that description and had been reported to have been frequenting the James Avenue and Sycamore area. Officers knew Bell was wanted on a Felony Warrant out of Hamilton County and had been recently sentenced to 17 years in the Department of Corrections and had failed to show up for his sentencing hearing. The felony warrant was for Resisting a Peace Officer, Flight, Escape, Robbery, and Aggravated Battery. Upon arriving at the James Avenue location Officers observed the vehicle had already left. Now believing the vehicle observed at Pundrake’s was the suspect vehicle, another Officer was enroute there.  Upon arrival it was determined the vehicle was a blue Volkswagen Jetta with no registration plates visible and was determined to be the same vehicle observed at James Avenue and Sycamore Street.  Officers also believed it to be the same vehicle that Bell had been observed driving. Officers were approaching the vehicle as the vehicle exited the parking lot and turned North on 5th Street. Officers immediately initiated a traffic stop on the vehicle. The vehicle began a fast increase in speed and a pursuit was initiated. Carmi Police and White County Sheriff’s Department pursued the vehicle North on I-64 Burnt Prairie exit before losing sight of the vehicle and discontinuing the pursuit at approximately 8:16 a.m.

At approximately 8:21 a.m. White County Dispatch advised a Wayne County Deputy had located the vehicle after it was found crashed in Wayne County at 200 North by 1800 East, West of Barnhill.   Officers were advised there was one occupant on scene and according to a passerby another male subject had apparently fled on foot to the north. Carmi Police Department and White County Sheriff’s Department responded to assist. Upon arrival a perimeter was established.  EMTs were already tending to the female passenger identified as Bobbie Barmes, who was also found to be wanted out of Hamilton County on an FTA Shoplifting Warrant. Barmes was later flown to an area hospital.  The driver of the vehicle, Joshua A. Bell, was later located by Wayne County Deputies and Fairfield Police laying in a deep ditch with water as he was crawling on his belly to try to evade authorities. Bell was placed under arrest and found to be in possession of Methamphetamine and Paraphernalia and was transported back to the scene by Carmi Police. Bell refused medical treatment at that time. Bell was transported to the White County Jail and upon arrival was checked by White County Ambulance Service. It was determined he would be transported to Hamilton Memorial Hospital for evaluation where he was later released. Bell is being held on the Hamilton County felony warrant. Additional White County charges are expected to be filed on Joshua Bell. 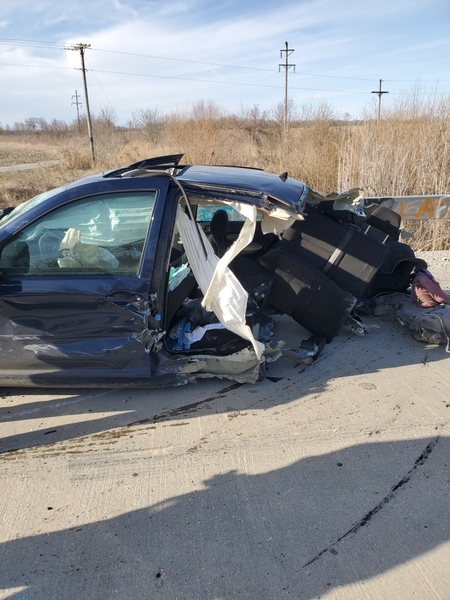