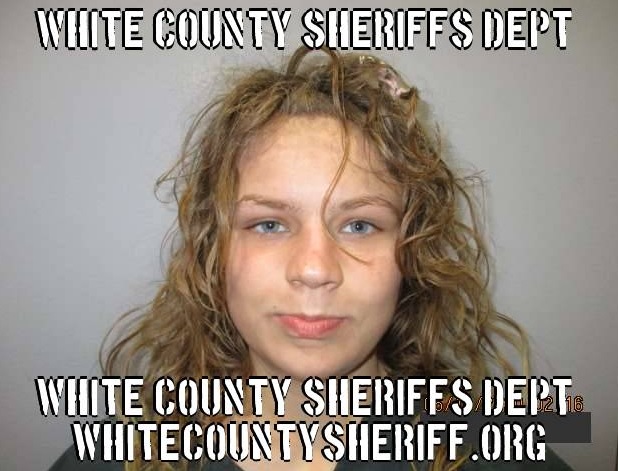 20 year old Erika Bailey is behind bars at the White County Jail following her arrest Thursday by White County Sheriff’s authorities.  According to the narrative provided, an individual called the Sheriff’s Department just before 5am Thursday and advised that Bailey had broken into his step daughter’s vehicle, a 2008 Pontiac.  The caller indicated a Samsung Galaxy 2 cell phone was taken earlier in the night from a residence in Grayville and the gps tracker on the phone led them to the location of the burglary.  Witnesses corroborated that Bailey was indeed the one inside the vehicle, agreed to sign a complaint and said Bailey had taken numerous items from her vehicle placing them into a black and orange backpack.  Makeup, a pink iPod, an older model cell phone, 2 shirts, jewelry, socks, charging cord, and some drink coasters were all recovered.  Bailey was subsequently tracked down, handcuffed, and has been charged with burglary along with warrants out of Edwards and White Counties.  Bailey has a first appearance scheduled for Monday, June 15th in White County court at 9:30am in front of the Honorable Scott Webb.