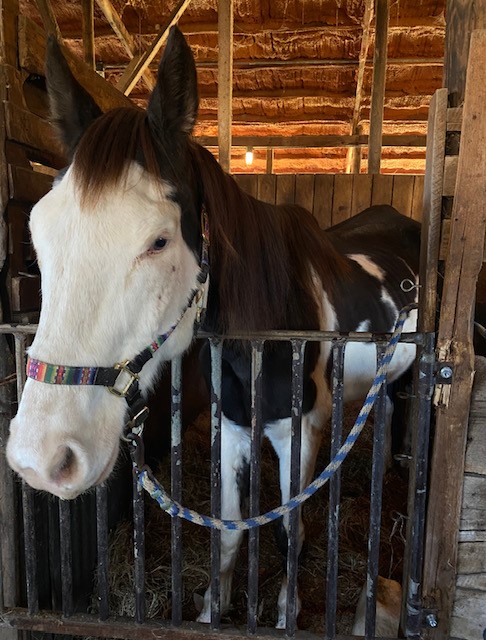 Three horses have been rescued, another had to be euthanized, and six others are unaccounted for after a disturbing situation of potential animal neglect unfolded right under our noses here in Carmi over the last several weeks.  Those who have been involved in the situation are reporting the devastating shape some of the ten horses were in where an Indiana woman was found squatting at the White County Fairgrounds.  Those with knowledge of the circumstances say the woman, alleged to be Angela Sue Hileman, works in Darmstadt and was allegedly given permission to utilize the vacant barn by a Carmi woman who wasn’t authorized to give such an approval.  One of the horses that was saved by Heartland Equine Rescue suffered from a slab fracture on it’s knee.  The other two were chronically stall walking and all were skin and bones as evidenced by pictures WROY/WRUL News has obtained.  The horse that had to be euthanized had gotten down in its stall and was unable to regain it’s footing.  Both Dr. St. Ledger from Albion and Dr. Haley Edwards from the Carmi Vet Clinic were summoned to try to help the animals.  Hileman allegedly brought the animals to Carmi sometime in September and the situation wasn’t resolved until the weekend of November 12th.  We checked with White County Sheriff Randy Graves as the fairgrounds is technically not in the municipal jurisdiction.  He says no criminal charges are pending and the situation is resolved as far as he knows.