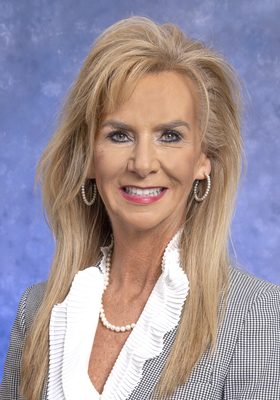 ELDORADO, IL – Alisa Coleman, CEO, Ferrell Hospital, was named 2021 President of the Board of Directors of the Illinois Critical Access Hospital Network (ICAHN) at its recent Annual Conference. In her new role, Coleman will support the organization and its mission to strengthen and provide assistance and resources to its 57 critical access and small, rural hospital members.

“Alisa has provided the leadership our hospital network needed going forward in a year fraught by COVID-19 and many other issues stemming from the pandemic,” said Pat Schou, ICAHN Executive Director. “She has a wonderful passion and insight for what is needed to advance rural healthcare. Her energy and vision will be instrumental in the next year.”

Ms. Coleman served as ICAHN’s Issues Committee Chair in 2016-2017, was elected to ICAHN’s Board of Directors in 2018, served as its Secretary-Treasurer in 2019 and as its President-Elect in 2020. She currently serves as a member of the ICAHN Regulatory and Legislative Committee, and she is an active member of the American College of Healthcare Executives, sits on various professional committees, represents Ferrell Hospital on the Illinois Hospital Insurance Provider Trust, and is an active member of the Eldorado Rotary Club and the Saline County Chamber of Commerce.

ABOUT ICAHN ICAHN, located in Princeton, IL, is a network of 57 small rural Illinois hospitals dedicated to strengthening the operations of its member hospitals through collaboration. The organization is composed of Illinois hospitals who have earned critical access hospital designation by the Center for Medicare and Medicaid Services. ICAHN is recognized nationally for its work with rural healthcare and administers several state, federal, and private healthcare programs.