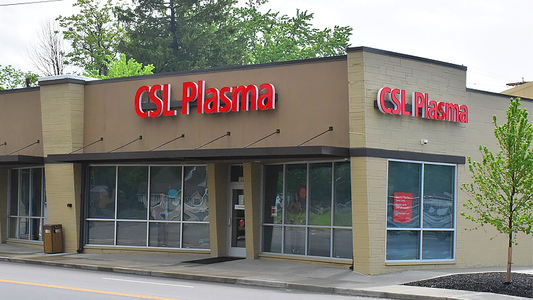 Chicago – Attorney General Kwame Raoul today filed a lawsuit against one of the largest plasma collection companies in the world, which has 14 locations in Illinois, alleging the company’s policies discriminate against people who have disabilities.

Attorney General Raoul filed the lawsuit in the U.S. District Court for the Northern District of Illinois Eastern Division against CSL Plasma, Inc., (CSL) and its parent company, CSL Behring LLC, in response to complaints from Illinois residents who were prevented from providing plasma as a result of their disabilities. Raoul alleges CSL’s policies violate the Americans with Disabilities Act (ADA) and the Illinois Human Rights Act.

“CSL’s policies discriminate against people who have disabilities that attempt to provide plasma, which is all the more reprehensible during a time when our nation faces a public health emergency,” Raoul said. “I will hold accountable any entity that discriminates against people who request equal access and reasonable accommodations to which they are entitled by law.”

The Attorney General’s office received a complaint in November 2018 from a resident who attempted to provide plasma at a CSL facility in Rockford. According to Raoul’s complaint, after the facility’s staff learned of her service animal, she was told she did not meet donation criteria and directed to return at a later date. When she returned the following day, she was told she could not provide plasma because she used a service animal. During the investigation, the Attorney General’s office found a copy of an internal CSL policy encouraging staff to discriminate against people with service animals.

Raoul’s office was contacted by another individual who was unable to provide plasma in July 2018 after CSL denied him reasonable accommodations. According to the complaint, the prospective donor is deaf and requested an American Sign Language (ASL) interpreter while he was at a location in Montgomery. The individual left after CSL refused to provide an ASL interpreter but returned two weeks later and was informed by staff that providing ASL interpreters violated CSL policy.

In the lawsuit, Raoul alleges that CSL’s discriminatory policies prevent people who are deaf or who use service animals from providing plasma and violate the Americans with Disabilities Act and the Illinois Human Rights Act. Raoul’s lawsuit asks the court to prohibit CSL from circulating or displaying discriminatory policies. Additionally, Raoul is seeking to require CSL to provide reasonable accommodations and modifications to donors with disabilities upon request, to require employees to undergo training on the ADA and disability awareness, as well as additional appropriate relief.

Internal Revenue Service Wrapped Up the ‘Dirty Dozen’ List of Tax Scams for 2020; IRS Criminal Investigation and U.S. Attorney Office Urge Taxpayers to Watch Out for These Tax Scams