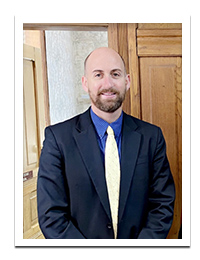 After multiple discussions with fellow prosecutors from around the State of Illinois, my office has
joined those of my colleagues {both Republican and Democrat) who have filed a lawsuit in our
respective counties seeking a declaratory judgment that the SAFE-T Act (Illinois Public Act 101-652)
be declared unconstitutional, both in substance and in the procedure in which it was passed by the
Illinois General Assembly and signed into law by Governor J.B. Pritzker. Attorney General Kwame
Raoul, Governor Pritzker, Speaker of the House Emanuel Chris Welch, and Senate President Donald
Hannon have been named as the respondents to the lawsuit in their respective official capacities. I
expect and hope that more state’s attorneys across the state will file lawsuits with essentially the same
arguments in short order.

Specifically, the complaint that my office has filed is a five-count complaint. After pleading the facts
that detailed the process in which the SAFE-T Act was passed, Count I seeks a finding from the Court
that the SAFE-T Act violates the Single Subject Rule. Article IV, Section 8 of the Illinois Constitution
provides that “Bills, except bills for appropriations and for the codification, revision or rearrangement
of laws, shall be confined to one subject.*’ As a 764 page piece of legislation, the SAFE-T Act covers a
minimum of five (5) distinct and divergent subjects (1: policing and criminal law; 2: elections; 3:
expanding the Partnership for Deflection and Substance Abuse Disorder Treatment Act to include first
responders other than police officers; 4: granting the attorney general increased powers to pursue
certain civil actions, some newly created; and 5: expanded whistleblower protection). If successful on
this count, the entire SAFE-T Act would be declared unconstitutional and thus void.
Count II seeks a finding from the court that the SAFE-T Act violates the constitutional right to bail in
Article I, Section 9 of the Illinois Constitution. That constitutional guarantee provides that “all persons
shall be bailable by sufficient sureties, except for the following offenses where the proof is evident or
the presumption great: capital offenses; offenses for which a sentence of life imprisonment may be
imposed as a consequence of conviction; and felony offenses for which a sentence of imprisonment,
without conditional and revocable release, shall be imposed by law as a consequence of conviction,
when the court, after a hearing, determines that release of the offender would pose a real and present
threat to the physical safety of any person.” The SAFE-T Act creates new categories of offenses which
can result in the denial of the right to bail for said offenders that the Illinois Constitution does not
allow. Consequently, the legislature enacted and Governor Pritzker signed into law new laws that will
violate the rights of many individuals in violation of the Illinois Constitution. Furthermore, as ministers
of justice with the obligation of protecting the rights of all people, the legislature has placed state’s
attorneys in an ethical dilemma of being in violation of the Illinois Constitution. Essentially, to do what
the Illinois General Assembly has done, they were required to ask you, the People of Illinois, to amend
the Illinois Constitution through a vote.

Count III requests a finding that the SAFE-T Act violates the separation of powers located in the
Illinois Constitution by unconstitutionally infringing on the authority of the judicial branch.
Essentially, Article II of the Illinois Constitution prohibits separate branches from exercising powers
properly belonging to another branch. “The constitutional right to bail must be qualified by the
authority of the courts, as an incident of their power to manage the conduct of proceedings before
them, to deny or revoke bail when such action is appropriate to preserve the orderly process of criminal
procedure.’* People ex rel. Hemingway Elrod, 60 111.2d 74, 79 (1975). The General Assembly may
only enact legislation “that completes(s) the authority of the judiciary or that has only a peripheral
effect on court administration.” Kitnkel v. Walton, 179 I11.2d 519, 528, 689 N.E.2d 1047, 1051
(1997)(citing People v. Williams, 124 I11.2d 300 (1988)). Essentially, the Illinois General Assembly
has sought to remove an inherent tool of the court developed over centuries to manage the court
process without asking the People of Illinois to consent to said removal through the appropriate
constitutional process.

Count IV requests a finding that the SAFE-T Act violates the Three Readings Clause. Article IV,
Section 8 provides that “a bill shall be read by title on three different days in each house.” This applies
to amendment that are a substantial departure from the original bill. As is clear when this legislation
went from seven (7) pages affecting one statute to seven hundred sixty-four (764) pages affecting no
less than two hundred sixty-five (265) separate statutes through its amendments, it clearly deviated
from the original bill. Furthermore, it was “read” multiple times in the Senate on one day (January 13,
2021) before being voted upon and was then voted upon in the House on the same day without any
readings being conducted. Count V is a request for a preliminary injunction pending the conclusion of
the litigation.

In March of this year, my office released a statement regarding the dangerous consequences of the
substance of the SAFE-T Act’s elimination of cash bail, regardless of one’s thoughts of the concept of
a monetary bail system, and its replacement with a system that would make it nearly impossible to
detain individuals who have had a finding of probable cause as to having committed serious criminal
offenses while making it more difficult for the low-level offenders to be expeditiously released that the
current system allows. Myself and almost all of my colleagues (100 of 102) still have the same serious
concerns for public safety and the violation of constitutional rights that the SAFE-T Act poses, hence
the filing of lawsuits. Some of my colleagues have been and will continue to attempt to negotiate with
lawmakers. I do support the efforts of these colleagues and their diplomatic approach, but I am
responsible to the People of White County to do what is in your best interest. Consequently, from these
discussions and considering public safety, the constitutional rights of the People, the constitutional
power of the People, and the overall necessity of protecting the administration of justice, it has become
clear in my conscience that this lawsuit is the appropriate vehicle at this time due to the multiple
constitutional violations by the Illinois General Assembly and the SAFE-T Act.
I also want to thank the assistant state’s attorneys from the offices of Will County State’s Attorney Jim
Glasgow and Kankakee County State’s Attorney Jim Rowe for their assistance in this matter, as well
as the other state’s attorneys who are continuing to work tirelessly in addressing these concerns.