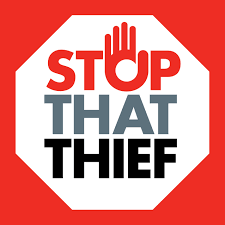 According to the White County Sheriff’s Department, early Monday evening Deputy Matt Wicker was told that an Edwards County Deputy had a stolen truck stopped and requested for a White County Deputy to respond, because the truck was in White County. Wicker arrived at Highway One at I-64 in Grayville and saw an Albion Police Officer and an Edwards County Deputy behind a large white box truck speaking to a man. Deputy Cowling of Edwards County said he saw the truck traveling southbound on Route 130 and followed it. He then ran the license plate, which came back as stolen. Cowling said he then pulled the box truck over and spoke to the driver, who was later identified as 31 year old Jessie Catchings of Illinois. Deputy Wicker then asked the driver his name, but he refused to tell him, although the man did say the truck was his. Catchings was arrested for possession of stolen property and was told he was going to be charged with Obstructing Justice of he didn’t say what his name was.  Wicker walked back over to the truck, a 2018 Freightliner Box truck that belonged to ATOM Logistics out of DuPage County Illinois and ran the license through dispatch, who confirmed the truck was stolen.  Jessie Catchings was charged with Possession of Stolen Property and Obstructing Justice. No further information is available at this time.