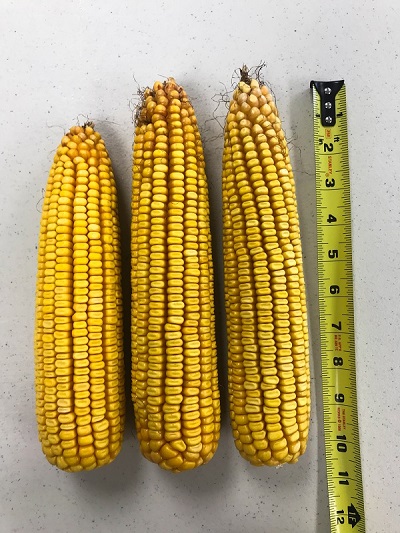 White County crops are in great shape.  That’s what we learned from yesterday’s White County Crop Tour.  The potential yield for the corn crop could make it a record year, according to Bryce Williams, the Bureau president.  The average estimated corn yield for White County is 175.9 bushels per acre.  That compares with an actual yield of 174.2 last year.  This year’s estimate marks the highest estimated yield in the history of the White County Crop Tour.  The highest actual yield in the last decade was 2014 when farmers pulled in 195.3 bushels per acre.  The lowest recent yield was just 2 years before that.  In 2012, farmers only got 67.6 bushels per acre due to a historic flood.

With grain prices in the profitable range and strong yield potential for this year’s corn crop, many farmers added fungicides into their crop protection strategy for this summer; a strategy that will likely pay dividends, according to Doug Anderson, Manager of the White County Farm Bureau. Anderson toured Carmi Township and noted that overall plant health was better this year than anytime in recent memory.

Lane Harvey reported, “We saw some pretty good fields. If we can keep off the rain coming into harvest, [farmers] should be pretty pleased.” Harvey toured Indian Creek Township around Norris City, Illinois.

2021 yield estimates for each township results were (bu/ac):

39 individuals participated in the 2021 tour, spanning out in teams across the county to take yield measurements. Teams measured the number of stalks in 60 feet, the number of ears in 60 feet, average length of an ear, and the average number of rows in an ear. Data was taken from 8-10 fields in each township, randomly chosen around 2-3 miles apart from one another.

For the complete report of the 2021 White County Crop Tour, go the White County Farm Bureau website at www.whitecfb.com/croptour