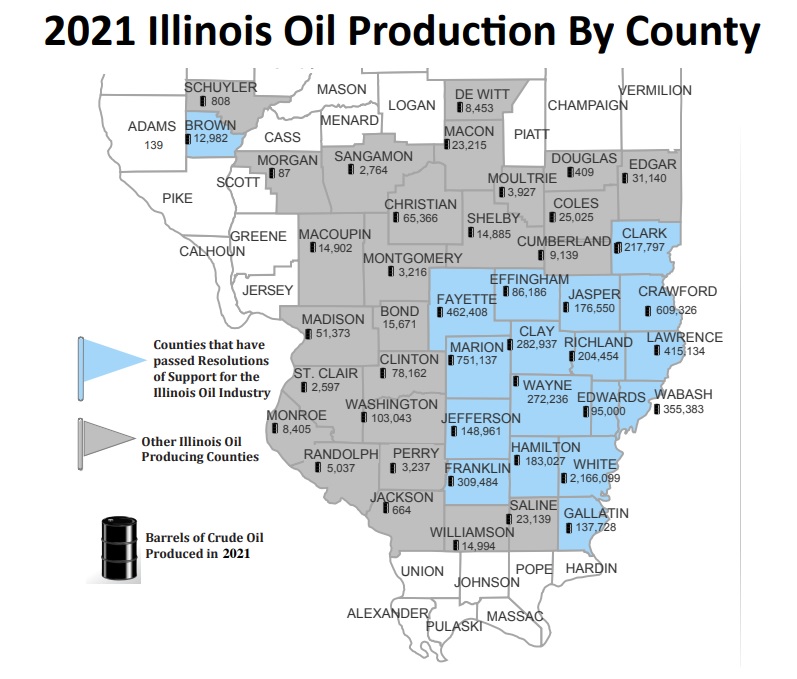 A new report from the Illinois Petroleum Board shows White County continues to pump massive amounts of oil from the ground, more than the next 3 counties combined.  The annual report from the IPRB shows White County produced more than 2 million barrels for the third straight year.  Marion County was next with just over 3 quarter of a million barrels.  Annual production here has doubled levels seen in 2010.  A third of the 45 oil producing counties in Illinois accounted for more than 90% of the state’s oil last year (2021).  Those include White (who alone accounts for nearly 30% of the state’s oil production), Marion, Crawford, Fayette, Lawrence, Wabash, Franklin, Clay, Wayne, Clark, Washington, Richland, Hamilton, Jasper, Jefferson, and Gallatin Counties.

Seth Whitehead, Executive Director for the IPRB, says the state’s 2021 production was slightly below 2020 levels blaming extreme cold in February and labor shortages throughout the year as factors.  In all, Illinois produced over 7.3 million barrels of oil in 2021; that’s about 1.5% less than 2020 levels.  White County produced about 40,000 barrels less than the previous year 2021 vs 2020. 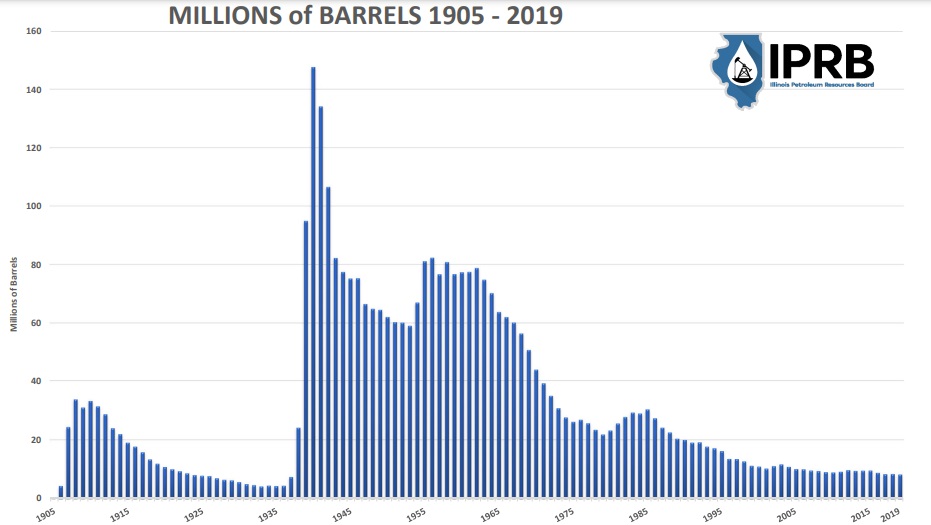