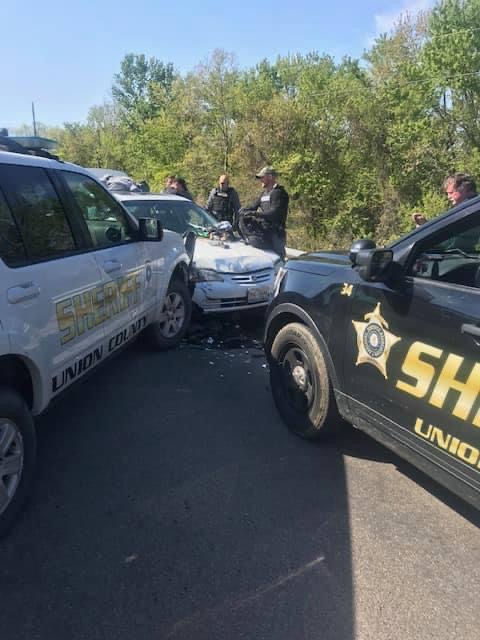 An Elizabethtown, Illinois man is facing charges after an incident on the Shawneetown bridge late last week.  The Union County Kentucky Sheriff’s Department says they responded to the bridge to head off a vehicle pursuit initiated in Gallatin County.  Authorities say the 2002 white Honda Accord reportedly endangered a school prompting the department to deploy spike strips.  The Sheriff says as traffic bottled up on the bridge, the pursued vehicle became more erratic prompting him to advance forward and block the East bound lane.  In doing so, he says the vehicle intentionally rammed the vehicle.  The man refused to follow commands resulting in him being tased.  28 year old Chad D. Pennell was arrested and taken to the Union County Deaconess Hospital for medical evaluation prior to his arrest.  Pennel is facing charges for Fleeing Law Enforcement, 4 counts of Wanton Endangerment, an additional count of Wanton Endangerment against a police officer, Criminal Mischief, Resisting Arrest, Operating a Motor Vehicle Under the Influence of a Controlled Substance, and he’s expected to have additional felony offenses in Illinois as well.