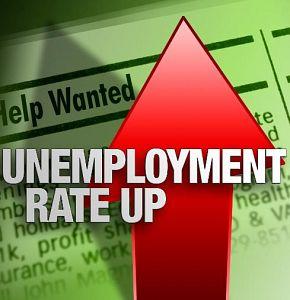 The number of nonfarm jobs decreased over-the-year in all fourteen Illinois metropolitan areas in January, according to preliminary data released today by the U.S. Bureau of Labor Statistics (BLS) and the Illinois Department of Employment Security (IDES). The unemployment rate increased over-the-year in all metro areas. Locally, Wabash County saw the largest uptick from 3.1% to 5.9%.  Saline County was right behind Wabash with an increase from 5.3% to 8.0%. Gallatin County rose from 5.2% to 7.7%. White County saw a 2.2% increase from 3.6% to 5.8%. Hamilton County was up from 3.3% to 5.4%. Edwards County went from 4.2% to 6.2%, Wayne County from 4.2% to 5.9%, Pope County from 5.1% to 6.8%, and Hardin County from 6.4% to 8.0% (along with Saline and Gallatin Counties, the highest unemployment rates in our area.)

SPRINGFIELD –The official, BLS approved sub-state unemployment rate and nonfarm jobs series begins in 1990. Data reported prior to 1990 are not directly comparable due to updates in methodology.

“The Pritzker administration remains steadfast in providing support and services to individuals impacted by this pandemic more than a year later,” said Deputy Governor Dan Hynes. “As IDES works to rollout the new extensions provided in the American Rescue Plan Act (ARPA) to ensure eligible claimants have access to benefits, they will continue to provide job-matching resources to individuals as the economy works to recover statewide.”

Employment losses were posted in Government (-600).

January payrolls declined in Educational and Health Services (-400), Leisure and Hospitality (-375), Government (-350), Manufacturing (-300), Natural Resources and Mining (-175), Trade, Transportation and Utilities (-125), Professional and Business Services (-100), Other Services (-75), and Information (-25).  No change was reported in Financial Activities, and Construction employment.

Employment gains were posted in Trade, Transportation and Utilities (+125), and Information (+25).

Employment declined in Natural Resources and Mining (-275), Leisure and Hospitality (-175), Education and Health Services (-150), Manufacturing (-75), Government (-75), Other Services (-50), Professional and Business Services (-50), and Financial Services (-25).  No change in employment was reported in Construction.

Employment gains were posted in Trade, Transportation and Utilities (+300).

Note: Monthly 2020 unemployment rates and total nonfarm jobs for Illinois metro areas were revised in February and March 2021, as required by the U.S. BLS.  Comments and tables distributed for prior metro area news releases should be discarded as any records or historical analysis previously cited may no longer be valid.