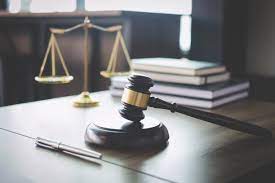 Two individuals were sentenced to the Illinois Department of Corrections in White County court on Monday.

24 year old Evan Boshears of Carmi was sentenced to 6 years in the IDOC for Unlawful Possession of a Weapon by a Felon a class 3 felony. Boshears was arrested by the Carmi Police Department in November of 2022. He was on probation for felony Domestic Battery at the time of his arrest. Boshears was also recommended by the court to participate in the Impact Incarceration Program (Boot Camp). Boshears was represented by Public Defender Brian Shinkle. Judge T Scott Webb was the presiding Judge. States Attorney Denton Aud prosecuted the case.

Brannen D Seidel, 27 of Wayne City was sentence to 6 years and 11 months in the IDOC with 1 year Mandatory Supervise Release for Burglary, a class 2 felony. Siedel was previously arrested for burglary in November of 2020 by the Illinois State Police. Seidel was previously placed on Second Chance Probation. However, due to multiple violations, his probation was revoked in October with a sentencing hearing set Monday afternoon. Seidel was sentenced in his absence for failing to appear for his sentencing hearing. A warrant with no bond and no geographical limitations was ordered to be issued. Seidel was represented by Public Defender Brian Shinkle. State’s Attorney Denton Aud prosecuted the case and Judge T Scott Webb was the presiding Judge.