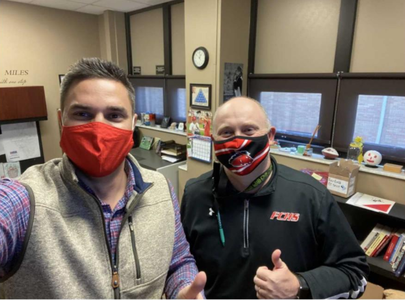 A report out of the Southern Illinoisan says this month more than 30 Illinois children a day are being admitted to hospitals with confirmed or suspected CoViD-19.  The rolling 7 day average reached 40 admissions last Wednesday.  A year ago at this time, average daily admissions were around 20 in early August before peaking at 35.  The higher numbers come as debates rage on about schools and masked children.  Carmi White County Unit 5 School Board President Pete Fulkerson issued a Letter to the Editor, Radio Edition, Wednesday afternoon after he says he and his family, along with other School Board members have received increasing harassments.  A certified letter was allegedly sent to all members of the school board which included an image of a Nazi flag.  Mike Rowe of Enfield just this morning sent in a Letter to the Editor offer a differing opinion while not referencing Fulkerson’s letter.  You can read both of the individuals’ Letters on our website in the news section of WRUL.com.  State Representative Adam Niemerg has also weighed in saying the IHSA is bullying school districts into submission.  He says it’s not right for the association to deny schools access to state series for sports programs who are not in compliance with mask mandates.  Niemerg goes on to say that everything surrounding mask mandates in schools is political.  “It’s about control and bullying people into submission.  No one pushing for school mask mandates can back up the requirement with actual data” according to the representative.