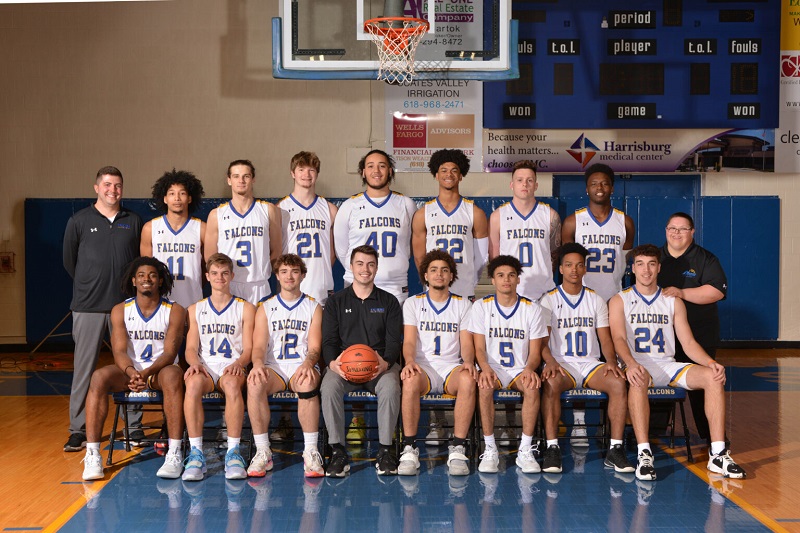 Originally from Marion, IL, Sam Swinford took the reins of the Southeastern Illinois College men’s basketball team in 2021 after playing for Coach Mark Motsinger himself.  He says it was a pretty easy decision to come back and begin his coaching career at SIC.

Over the last year, Swinford says the program has made some serious progress.

The coach says his goal is to certainly recruit locally, but to also compete.  Carmi White County’s own Devin Rankin is a player.

Swinford says the team has found success early winning 3 of their last 4 and with 3 more games in the next 4 days.  The Falcons will play a full 30 game schedule this year taking them to 8 states.  The team will also make a trip to Pensacola, Florida in January to compete in a tournament and the college is post season eligible this year.

Three players were also in attendance with Swinford at the Carmi Kiwanis Club meeting Thursday and said they chose SIC specifically because of Coach’s belief in them and because they’d actually get a chance to play.  You can learn more about the SIC Falcons basketball teams and the college in general at http://www.sic.edu.