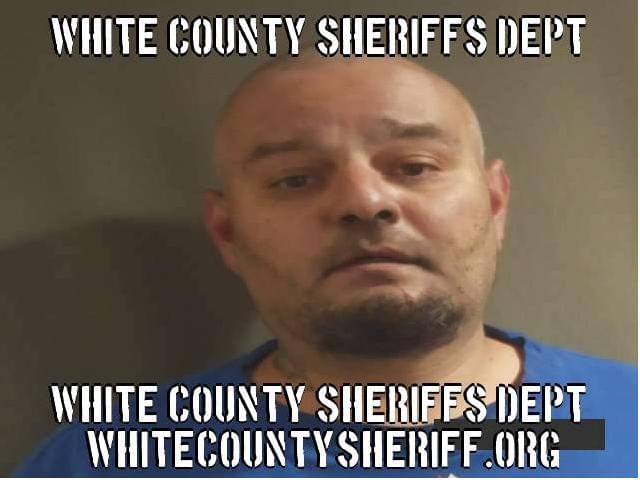 A Crossville man convicted in September of the First Degree Murder of his mother will be 72 when he gets out of jail.  36 year old Clayton Andrew Swanner was in court yesterday to receive his sentence from Judge T. Scott Webb nearly a year after she passed.  The 37 year sentence was the conclusion of an all day hearing that included a total of 14 witnesses called including 4 friends and family members providing victim impact statements.  During his trial, Swanner pled guilty but mentally ill.  He’d subsequently admit that he started a fire in the residence on November 9, 2019.  The sentence is representative of the fact White County States Attorney Denton Aud says he knew doing so would create the strong probability of his mother’s death.  Swanner’s mother Cathy Brandenstein suffered severe burns and succumbed to her injuries on January 10th of last year.  The maximum sentence Swanner could’ve received was 45 years.  Aud says Swanner will have to serve the entirety of his sentence without eligibility of time served with good behavior.  In addition, Swanner will serve an additional 3 years of supervised release once he’s out.

“Cathy Brandenstein was an amazing human being. She was a true servant, whether as a mother, grandmother, nurse, sister, or friend. I cannot imagine the suffering that she endured at the hands of the child that she continued to care for and nurture all the way up to the horrific acts that he committed which ultimately resulted in her premature and tragic death. As her granddaughter stated yesterday, Cathy was a true saint. The world got a little worse with her loss. Although the State had requested a higher sentence than was imposed, I appreciate the Court imposing a lengthy sentence that will result in the defendant spending most, if not all, of the remainder of his life in prison. I also appreciate the work of our law enforcement and fire Marshall investigators in this case, as well as all of the hard work and assistance in this matter by local victim advocates, Candace Masterson (White County State’s Attorney’s Office) and Amanda Johnson (SWAN). Our prayers continue to be with Cathy’s family and friends in getting through this tragedy.”