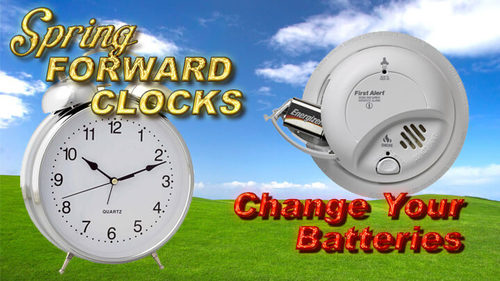 Springfield, Ill- The Office of the State Fire Marshal (OSFM) reminds Illinoisans to test and replace the batteries in their smoke alarms as daylight saving time begins this weekend and they turn their clocks forward one hour.

“The time change serves as a bi-annual reminder to test all smoke and CO alarms in your home,” says State Fire Marshal Matt Perez. “If you find an alarm that is not working or is expired, replace the alarm immediately. Review your fire-escape plan with your family and hold a drill to practice your plan.”