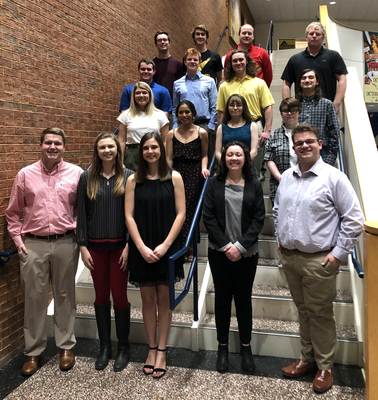 Phi Theta Kappa was founded in 1918 and is the official community college honor society with more than 100 years of dedication to recognizing academic excellence. It is currently the largest honor society in American higher education with more than three million members and 1,300 chapters in nine nations.  Membership is based on superior academic achievement and is conferred only by invitation of the local chapter.  PTK recognizes and rewards high-achieving students and provides opportunities to develop leadership skills and give back to the community through service-oriented activities.