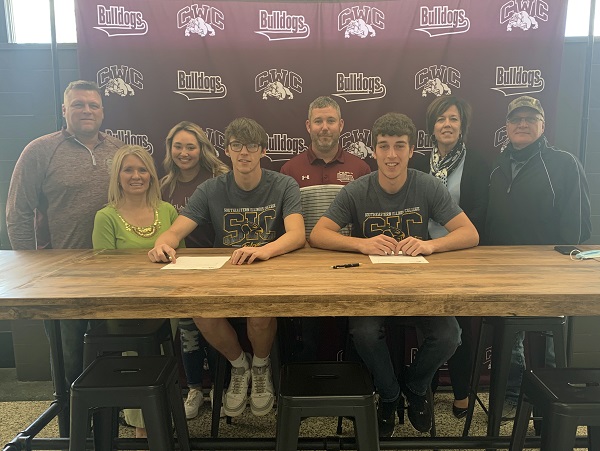 A pair of Carmi White County basketball players will become Falcons.  Seniors Peyton Edwards and Devin Rankin have signed letters of intent to play basketball at Southeastern Illinois College beginning this fall.  SIC coach Sam Swinford says he’s excited to have both young men as part of his squad.  The 6-foot-8 Edwards is expected to provide a real post presence for SIC.  He averaged 9.5 points per game, pulled down 8 rebounds, and blocked 2.5 shots per game as a senior for the Bulldogs.  Swinford calls Rankin a “gym rat” and says he’ll bring a high level shooting ability to the team.  Rankin was first team All-Conference for the Black Diamond this past year.  The 6-foot-3 Rankin averaged 12 points, 6.4 boards, and 1.7 assists per game as a senior at CWCHS.