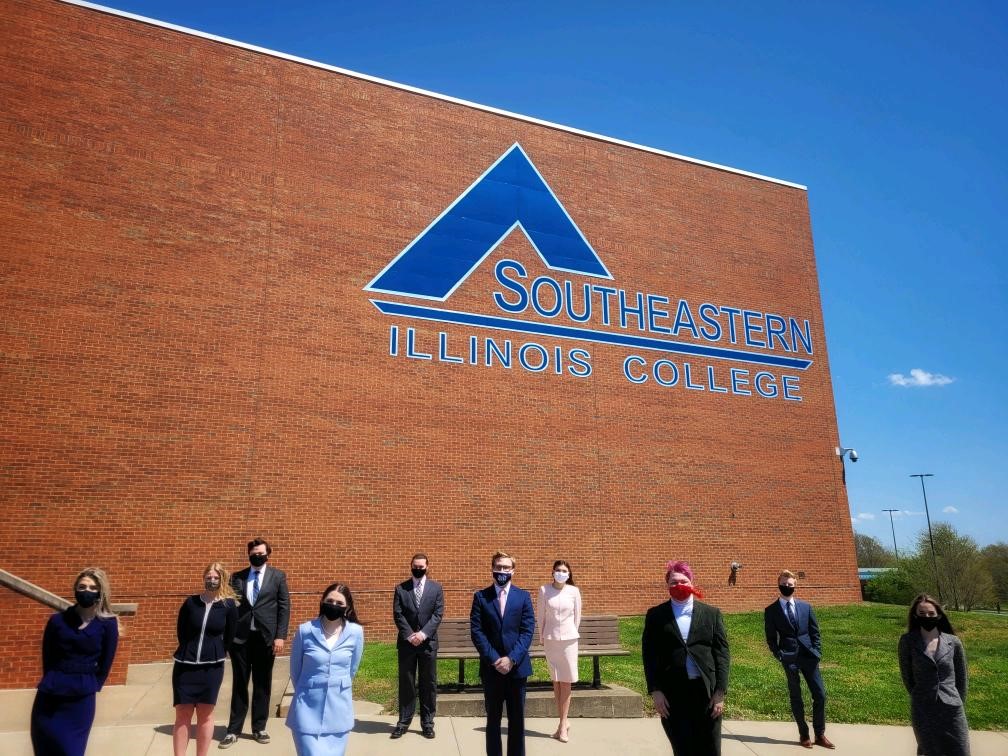 HARRISBURG, Ill. (April 12, 2021) — SIC’s Forensic Falcons ended an undefeated season April 11 with an overall win at Phi Rho Pi Nationals. This team’s first place finish in the Wyman (open) division is the third in the team’s 51-year history, and the first since 2005.

Sophomore Shainna Ralston earned the Bovero-Tabor award as the top speaker in the nation, becoming the third student from SIC to bring home top honors.

“I’m so overwhelmed with pride and love for my team,” Ralston states. “This is such an honor and I’m so humbled.”

This year’s national tournament was different in that it was entirely online for the first time in tournament history. Students competed live via video conference in separate, socially distanced spaces.

“Learning the new online format was daunting,” reflects Director of Forensics, Jenny Billman. “This season felt like starting from scratch. We had a choice, as a team, to scale back or go for it. We decided to go for it.”

The 2021 national tournament marks the end of the Falcons’ standout season, which also included both state, regional, and international titles. SIC’s Forensic Falcons have a long history of success, placing first in overall national competition in 1986 and 2005.

“This team had every reason to quit, but they didn’t,” remarked longtime coach Paul Cummins. “I am so proud of all of them.”

Other Forensic Falcons include Hunter Rechsteiner (Benton) and Javen Wendler (Harrisburg). The team is coached by Jenny Billman, John Corum, and Paul Cummins.